After graduating from the Palmer School of Chiropractic and Infirmary, Dr. Gonstead temporarily took over the practice of his chiropractic mentor before purchasing a practice in the now famous Mount Horeb, Wisconsin in 1923. Over the years, Dr. Gonstead developed the Gonstead technique which has been taught to thousands of students and doctors of chiropractic and also established the world famous Gonstead Clinic of Chiropractic in Mount Horeb. In 1974, after fifty-one years of active practice, Dr. Gonstead sold his clinic and passed away four years later in 1978. It has been said that Dr. Gonstead provided care to patients in over 1.2 million office visits in days that stretched up to twenty three hours of work.

The Gonstead concept of chiropractic begins with the body's structural foundation and the intervertebral discs. Maximum balance and stability in the spinal column may be achieved when the pelvis, vertebrae, and legs are level. Foundational unleveling, intervertebral misalignments and motion disturbances, as well as nerve dysfunction, are primary considerations in Gonstead chiropractic health care and patient management. Injury to the intervertebral disc is of paramount importance in causing spinal subluxations, and therefore, Gonstead adjustments are designed for maximum affect to the discs, while also working to restore normal alignment and motion. 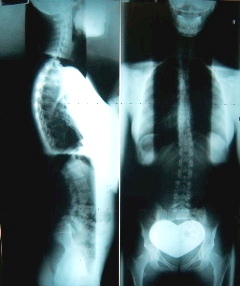 The full spine radiograph is an integral assessment tool in the Gonstead system. Other important Gonstead examination procedures include static and dynamic palpation primarily of paraspinal bone structure and soft tissue, visualization of spinal motion, posture, gait and physical signs of inflammation near the joints, instrumentation such as para-spinal skin temperature assessment and other tools, which are used to examine all facets of the patient's neuro-muscular-skeletal characteristics. 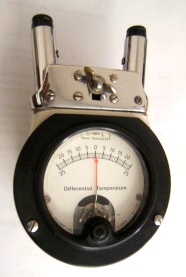 The full spine radiograph is analyzed with measurements drawn on the film to assess relative positions of the adjacent vertebrae and the pelvis region. These measurements translate into listings that the Gonstead chiropractor utilizes, along with other known variables about the characteristics of the subluxation, to direct the specific application of adjustment forces.

The Gonstead system uniquely emphasizes specificity, as it applies to which levels are being targeted for adjustments, both in the way the various aspects of alignment and motion disturbances are approached, and in the selection of which levels to adjust. Rather than a "shotgun" approach to care where any or all levels of involvement are adjusted on the same visit, Gonstead adjustments are directed at specifically selected levels of involvement for maximum restoration and balance of function. The notion of 'primary' versus 'secondary' subluxations, and subluxation versus compensation were largely developed by Dr. Gonstead. For every subluxation there is compensation. Further, certain subluxations will likely be exerting more influence on the overall bodily health status than others. Focusing spinal adjustments on primary subluxations is an important part of the Gonstead system of care.

Multiple types of tables are used for positioning the patient for Gonstead adjustments. The Hi-Lo table, with special modifications made specifically for Dr. Gonstead many years ago, has long been an integral part of the technique equipment, and accommodates a wide variety of patients, including pregnant women. The knee-chest table was one of Gonstead's uniquely emphasized tables, to facilitate the posterior to anterior corrections of subluxation and reposition the posterior displaced inter-vertebral disc and can be used for the entire spine. 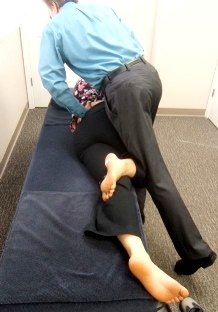 The knee-chest table is also an excellent table to use for pregnant women. The Cervical Chair is used for most cervical spine adjustments, although prone cervical adjustments on the Hi-Lo or Knee-Chest or other prone tables are also performed in the Gonstead system.

The Cervical Chair technique is one of the most unique types of Gonstead adjustments. Dr. Gonstead developed this technique to emphasize 'lifting' the vertebra in the cervical spine, as hyper-extension misalignment is common in this region. He discovered this approach by watching himself adjust under fluoroscopic imaging in his own facility, and was of the opinion that this was the only way to adequately adjust for hyper-extension misalignment in the cervical spine.

Gonstead adjustments can best be described as short lever, high velocity and low amplitude, with long lever assist force application. The short lever is the specific contact on the vertebra near or on the vertebral midline. The high velocity is the quick application of force. The low amplitude is the force depth being controlled at a shallow level, just enough to effect the disc and joint sufficiently. The long lever assist applies to the stabilization of the region above and/or below the contact area being adjusted, usually employing the chiropractor's hand or thigh, not thrusting, but holding.

Another unique aspect of the Gonstead adjustment is the specificity of the contact point on the chiropractor's hand. For the cervical chair adjustment, the distal-lateral-anterior tip of the index finger is most often used for C2 down to the upper thoracic vertebrae, as well as the analogous portion of the thumb for cervical chair Atlas contacts. Most other manual techniques utilize the broader areas of the metacarpal-phalangeal or inter-phalangeal joints for similar hand to vertebral contact points. The specific emphasis on the contact point for the Gonstead cervical adjustment enhances the specificity of the thrust in the line of correction, consistent with the goal of specific force application. 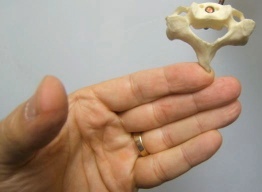 Although this technique was originated and clinically applied during an unprecedented and not since comparably repeated professional life by Dr. Gonstead, the Gonstead Clinical Studies Society (GCSS) continues the work. The GCSS conducts examinations for Diplomate status for qualified Gonstead practitioners. Qualifications include attending a sufficient number of seminars or other training hours in the technique, as well as Gonstead chiropractors receiving credit for teaching, publishing and other works related to the Gonstead technique. The examination consists of demonstration of detailed knowledge of the technique in both written and practical form, under the supervision of multiple Gonstead Diplomates.

While Gonstead practitioners have a strong base in the established chiropractic principles of the past, they also have a great interest in improving the abilities of future doctors of chiropractic. To that end, they embrace and support research that furthers the improvement of chiropractic care. The GCSS is a truly non-profit organization, with mostly volunteer efforts and a few paid positions contributing to the efforts of the group. Research and education are primary concerns with GCSS and every dollar that goes to GCSS is used to facilitate and support research and education in chiropractic. Further information concerning the Gonstead Clinical Studies Society may be found on this web site: www.gonstead.com..

Reference Sources for the Gonstead Technique

The Gonstead Technique Chapters were the original resource of written material describing the Gonstead technique and are still available through the Gonstead Foundation Order books by emailing gonsteadfrontdesk@mhtc.net or by calling 608-437-5585:

Herbst RW. The Art and Science of Chiropractic. Sci-Chi Publications

There is also a Pediatrics textbook that uses the Gonstead technique as its primary approach to chiropractic care for children:

Scroll To Top
Change Location
Find awesome listings near you!