Who was Dr. Gonstead? 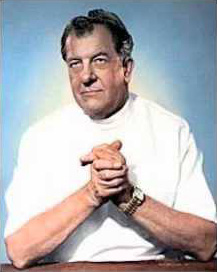 Clarence Selmer Gonstead (1898-1978) took chiropractic practice from back alley bone setting to an understandable bio-mechanical science. His life was dedicated to clinical competency. In the 1930s, the chiropractic profession was dominated by its iconoclastic leader B. J. Palmer and his Hole-In-One upper cervical specific technique. At that time the technical skills of the typical graduating chiropractor were crude and rudimentary. Gonstead changed that and gave the profession a logical and bio-mechanically sound system for practicing chiropractic. With a gift of solving mechanical problems, he developed his own ideas on subluxations, x-ray, and adjusting bones through the empirical data he gathered from his large practice.  Although perhaps not his intent, Gonstead redefined the very nature of chiropractic. With the adoption of the Gonstead technique by Palmer School of Chiropractic in the early 1960s, his technique assisted the profession in restoring chiropractic to its full-spine roots.

Gonstead was born in Willow Lake, South Dakota on July 24, 1898, the son of Carl and Sarah Gonstead. A few years later his father decided to relocate the family to Primrose, Wisconsin and become a dairy farmer. Growing up a rural farm provided young Gonstead with plenty of opportunities to explore the mechanical world. His enthusiasm for repairing tractors and early automobiles provided him with the kinesthetic tools for his later calling in life.

Surprisingly, little is known about Gonstead’s education, but while in trade school Gonstead became terribly sick. In his own words:

“I developed acute rheumatoid arthritis… One morning I woke up and my toe next to the little toes was really sore. I could hardly step on it. It hurt all day and the next morning it got worse and the third day the whole foot swelled up. I couldn’t walk on it so I couldn’t go to school… that was about a week and it was just getting pretty good and it jumped into my left knee, and that puffed way up one morning. It hurt so much I couldn’t step on it and then it went into my right knee, so I was out of school for about four weeks. For about two weeks I was in bed, I couldn’t even stand having the (bed) covers over my knee. I had a box over it… the knee was that sore. The University doctors were taking care of me then, they’d come out to the house. I stayed on the east side with my aunt. About the second week she said, “Now you’ve fooled around with those University doctors long enough. Now I’m going to call in my doctor.”

Her doctor happened to be J. B. Olson, a chiropractor. Olson came to the house to care for Gonstead and after a series of adjustments and rest, he could walk again. It was a life changing event for Gonstead.

After trade school, young Gonstead took a job working as an automotive engineer. The job allowed him to save enough money to pay for chiropractic school.

After graduating from Palmer School of Chiropractic and Infirmary, Gonstead started practice with his mentor Olson who was temporary disabled. After leaving Olson’s practice, Gonstead purchased his own practice in Mount Horeb, Wisconsin.

Mechanics always guided Gonstead’s thought process, which was constantly refined during his fifty years of practice. From his early childhood playing with farm machinery and automobiles to the unique scientific exploration taking place at Palmer School of Chiropractic while he was a student, Gonstead was nurtured by his surroundings to become an investigative clinician. Following the paradigm of observational science which emphasizes scientific exploration through trial and error, he sought to perfect the craft.

The Bonds of Brotherhood

Merton Gonstead, Clarence’s younger brother, joined the practice in 1929. The collaboration resulted in the Gonstead Disc Concept to better explain the mechanism of subluxation. The prevailing theory at the time was B. J. Palmer’s idea that the subluxation was the result of a vertebral bone causing nerve pressure. In contrast, the Gonstead concept emphasized that the vertebral disc was the primary culprit of nerve pressure. The Gonstead Disc Concept would later become recognized as a model for understanding discogenic back pain.

Gonstead’s chiropractic talent attracted numerous patients seeking relief. His first office was located above the bank building in downtown Mount Horeb. With only a small reception area, patients often overflowed into the street outside. In 1939, Gonstead built a new ultra modern chiropractic office on the corner of Main Street and Second Street in Mount Horeb. As his practice continued to grow, Gonstead started working six and half days a week, adjusting up to 250 patients a day. Patients came from all over the Midwest for care.

Gonstead’s clinical success attracted the attention of other chiropractors. They wanted to know why their patients in Iowa, South Dakota, Illinois, Michigan and elsewhere were traveling all the way to Mount Horeb, Wisconsin to get adjusted. With much hesitation, due to the demands of his own practice, Gonstead finally consented to have Ted and Phyllis Markham organize the first formal class for other chiropractors to learn his unique approach to chiropractic.

Over the next few years, the Markham team, with the help of their friend LeeVogel, helped organize the lexicon, symbols, tools, and concepts unique to Gonstead’s method of chiropractic.

Adapting to the growing demands on his schedule, Gonstead refused to slow down and simply added more office hours in his day to ensure he saw all his patients. He often treated his last patient at 2:30 in the morning. Furthermore, his informal classes became more structured and transformed into the Gonstead seminars. As more field doctors wanted to learn his methods, Gonstead started traveling across the country to teach.

With his ever expanding practice and the growth of the seminar business, Gonstead needed a larger facility. In 1964, the new Gonstead Clinic of Chiropractic was completed east of town. The two level facility boasted 29,000 square feet, 11 adjusting rooms, a complete chemistry laboratory, research facilities, and various seminar rooms. To better manage the seminar business, Gonstead hired Ted Markham and LeeVogel. Marvin Klaes and Albert Grove were brought on board as additional seminar instructors. 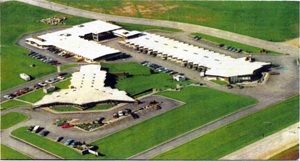 In 1965, adjacent to the new clinic, a full-service motel was constructed. Prior to the motel, out of town patients stayed at local boarding houses. Gonstead’s reputation as a remarkable chiropractor had expanded beyond the United States and he had patients flying in from all over the globe. To assist these patients, limousine service was setup between the Madison airport and the Gonstead clinic. Patients with their own private planes could fly in and land at Gonstead’s personal airport located next to his home on the outskirts of Mount Horeb.

In 1961, Palmer School of Chiropractic lost their leader BJPalmer. Under new leadership, the faculty decided to rewrite its technique curriculum. Within a few years the Gonstead method became the cornerstone of school’s technique department. In time, other chiropractic schools followed suit and added the Gonstead technique to their curriculums.

After fifty-one years of practice, Gonstead sold the clinic and Gonstead Seminars to Alex and Doug Cox. Today the clinic is owned by the non-profit C.S. Gonstead Chiropractic Foundation. The Gonstead seminars continue in their original format under the leadership of Alex Cox’s son, John Cox. This group continues to teach the material across the globe to chiropractic students and doctors. In the later part of Gonstead’s life, another seminar group formed with the purpose of being a focus group for experienced Gonstead practitioners. After Gonstead’s death, under the leadership of LarryTroxell, the group restructured itself to focus on providing valuable internship opportunities for students to master the Gonstead work. It also offers a limited number of seminars to the profession.

In 1978 Gonstead died at the age of 80. Throughout his life he was deeply concerned with questions about bio-mechanical dysfunction and its role in neuromusculoskeletal pain. In his later years, he delved into chiropractic’s more complicated clinical questions such as subluxation’s role in Type O disorders (diabetes, bradycardia, asthma, etc.). In turn, Gonstead’s reception by patients and by his professional colleagues brought out the ideas inherent in his work. His work is recognized as a cornerstone of contemporary chiropractic practice.

Gonstead is credited with several innovations in chiropractic. Some were modest: consulting with Electronic Development Lab to produce a better nervoscope (a descent of the neurocalometer), and refinement of the knee-chest table and zenith Hylo table. Others were more ambitious: an x-ray line marking system, a chiropractic x-ray machine, split screen x-ray film cassettes, and adjusting the cervical spine in the chair position.

For all of his life, Gonstead maintained a commitment to the craft. He never abandoned the tools that defined his schooling—the neurocalometer and x-ray. He was driven by a desire for technical control and mastery of the perfect adjustment. In the end, his legendary reputation as a great healer confirmed the value of his unique method.

Preserving the Gonstead Clinic of Chiropractic — A Case of National Support

The Gonstead Clinic of Chiropractic is a work of architectural art…and it is falling apart. Read and see a slide show of its current condition and learn how you can help through the Gonstead Preservation Group.

Scroll To Top
Change Location
Find awesome listings near you!